Philip Snow Gang, Ph.D., Academic Dean of The Institute for Educational Studies (TIES) M. Ed. Programs at Endicott College in Integrative Learning and Montessori Integrative Learning, is a pioneer in the field of integrative, systemic and transformative approaches to education.

He is the author of Rethinking Education, co-author of Conscious Education: The Bridge to Freedom, appears in DeCarlo’s anthology, Towards a New World View: Conversations at the Leading Edge and is creator of the ecological mobile map material, Our Planet, Our Home. His recent article, Cosmos, Gaia and Eros: Integrative Learning, Creativity and the Primal Paradox, was published in the May 2015 issue of About Place Journal.

Dr. Gang has been a Montessori school head, consultant and educator of teachers. In 1978 he helped initiate the National Erdkinder Consortium – a group dedicated to founding Montessori secondary schools. He was the co-organizer of two International AMI Montessori Study Conferences: Adolescence and Exploration (1981) and Education and Peace (1985). He had close ties with Mario Montessori Sr. and Mario Jr., who served on his doctoral committee.

From 1987 through 1991 he was a citizen diplomat, joining a small group of American educators who visited Leningrad (now St. Petersburg), Moscow and Tbilisi in Georgia. He lectured at the Soviet Academic of Sciences where he introduced the Montessori approach to life. He also lectured and worked with a large contingent of ecological Soviet educators at Lake Baikal, Siberia.

In 1990 he was named Executive Director for the Global Alliance for Transforming Education, a worldwide effort to define and promote the principles of holism.

From 1992-1996 Gang was on the faculty of California Institute of Integral Studies as a professor-mentor to students engaged in doctoral studies in the School of Transformative Learning. This was the first collaborative on-line program of its kind.

Reflecting on the issues of the 21st century, Gang’s major interest now is exploring the question: What form of education might liberate teachers and learners from unexplored assumptions so that they become the catalysts for the “new human” — one whose integral relationship with Gaia is bound by right-action and love?

His response to this is an ongoing legacy tour – a symposium titled, Cosmos, Gaia and Spirit: Inner Leadership for the Rise of a New Earth Community. 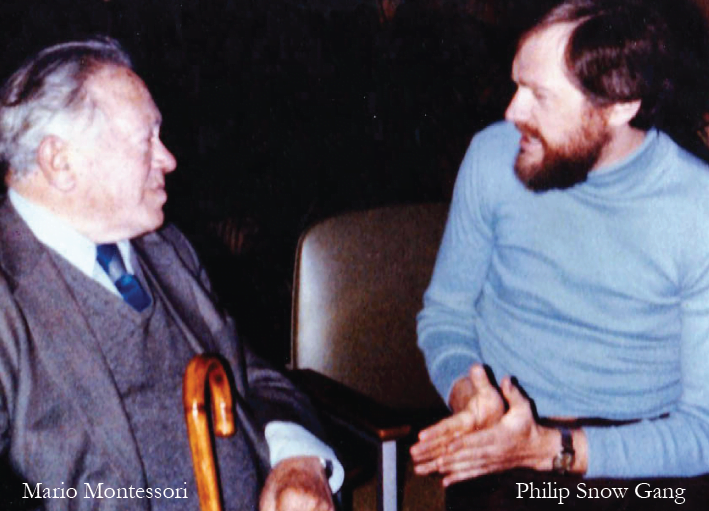